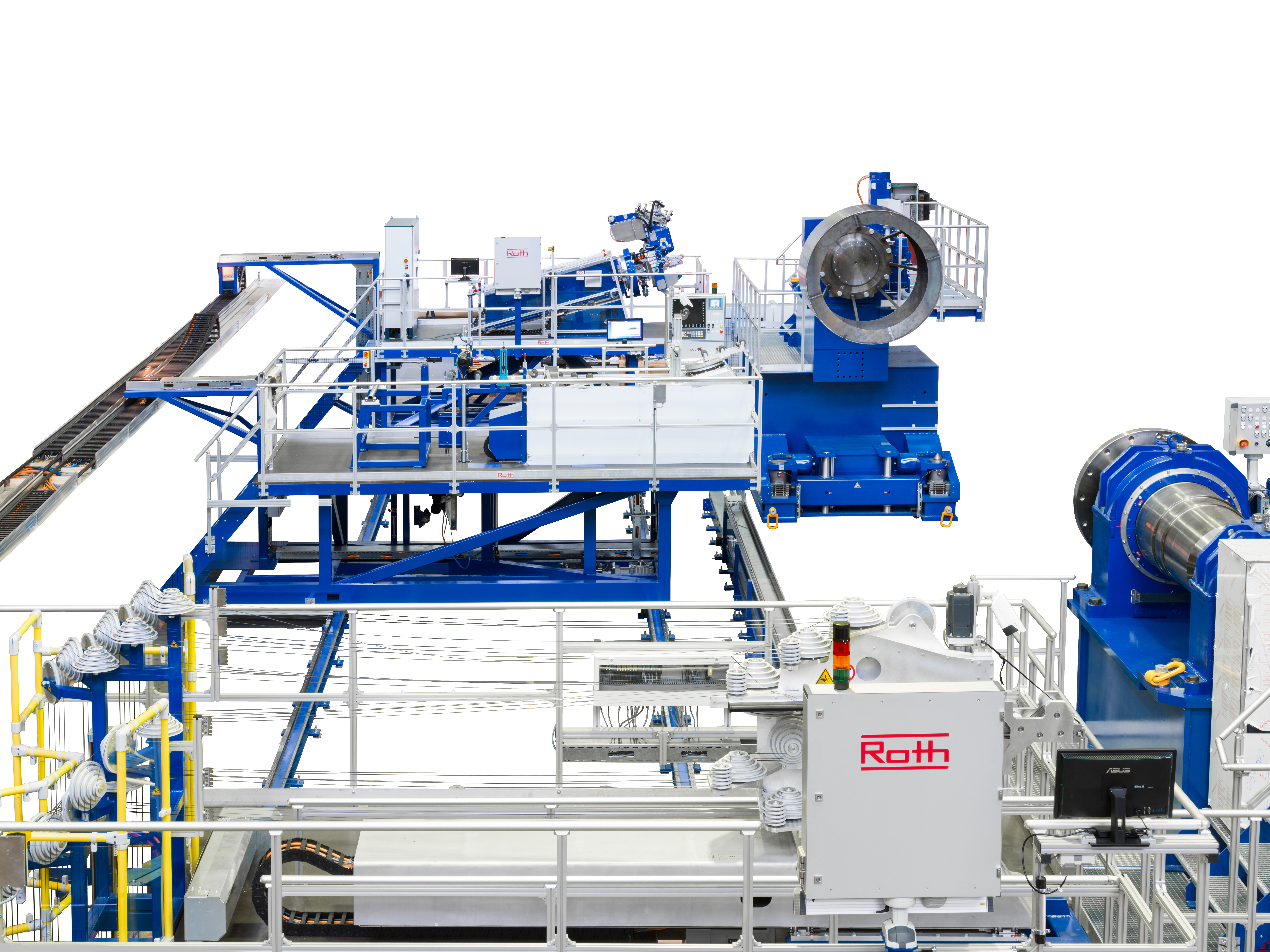 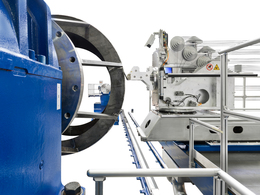 For the manufacture of components for the Ariane 6 rocket, the special machine builder Roth Composite Machinery from Steffenberg developed a Filament Winding Plant. It has been designed in close cooperation with its customer Avio, a leading manufacturer of space propulsion systems located in Colleferro, Italy. There, the company is producing so-called boosters – the propulsion rockets for Ariane 6 – by using the new Roth machine. From 2020, it is expected to carry out aerospace transports of satellites for the European Space Agency ESA. As regards the aerospace technology, in modern rockets fibre solids are used more and more often for the lightweight composite casings of the engines and for other components. Their manufacture is effected in Filament Winding or Prepreg processes. Owing to the lightweight construction, for example, the weight of the booster stages of Ariane 6 can be reduced by up to 35 percent. As to the operation of the rocket, the expenses per load-ton are thus supposed to be reduced by up to 50 percent.

One of the world’s largest plants

Avio and Roth Composite Machinery utilized their common experience from the former projects referring to Ariane 5 and Vega as well as the technology and application know-how built up for decades for developing the new Filament Winding Plant. Having a weight of 100 tons, it is one of the world’s largest plants of Roth Composite Machinery. With a maximum length of 17 metres and a diameter of 3.6 metres, the winding mandrel weighs around 120 tons. The plant is equipped with three carriages for three different winding processes – each carriage has a length of 7.4 metres and is moving up to 90 metres per minute. As to the necessary heat resistance of the boosters, the first carriage is used for winding heat protection tape onto the mandrel in moldless composite construction (first layer inside the booster). After the vulcanization of the tape, the Towpreg winding process is effected by using the second carriage. “In this case pre-impregnated bundles of fibres are wound onto the winding reel. Due to the prior separate impregnation of the fibres resulting in Towpregs with a very constant quality, a highly homogeneous composite structure of high-quality is originated. Therefore, the Towpreg winding is particularly used in the aerospace industry”, stated Bernd Fischer, Sales Director of Roth Composite Machinery. The third carriage is equipped with a fibre delivery head for automated tape laying (ATL) being patented by Avio. This technology enables the exact laying of the tape resulting in complex geometrical shapes for the attachment parts of the boosters. The trimming of the tape is carried out by means of an ultrasonic cutting head. The ATL technology was developed by Avio together with Roth and a further Italian partner.

The boosters of Ariane 6 are about 15 mentres long and have a diameter of up to 3.6 meters. Depending on the weight of the freight, two or four boosters per rocket are used. They are filled with solid fuel and ensure the enormous boost when firing the rocket as well as in the first flight phase in order to reach the thinner air layers as quickly as possible. The booster case is completely made of carbon fibres and replaces the steel casing of the previous version being used at Ariane 5. The boosters have to resist high temperatures when the fuel is burned and extreme force loads during the acceleration of the rocket without any damages. Components made of fibre composites have these ideal mechanic characteristics such as high tensile strength and high force absorption. Manfred Roth, president of the family company Roth Industries, to which Roth Composite Machinery belongs, stated: “In the sector Composite Technologies, we belong to the world market leaders. With the Filament Winding Plant manufacturing components for the aerospace industry, we confirmed our claim of being the technology leader.”

Experience with plants for the aerospace industry

Already in the 1990s Roth Composite Machinery delivered Filament Winding Machines manufacturing lightweight components for the aerospace industry. Particularly in this area, the winding process with its demanding tasks requires a wide range of know-how in the mechanical engineering. Plants of Roth having a tracking length of almost 50 metres are able to produce components having diametres of more than three metres and lengths of about 20 metres. Large Filament Winding components made of carbon, for example for fuselage structures in the aircraft construction or side engines of rockets, having diameters between three and four metres and lengths of up to 18 metres can be manufactured by these large-scale plants with utmost precision and reliability.