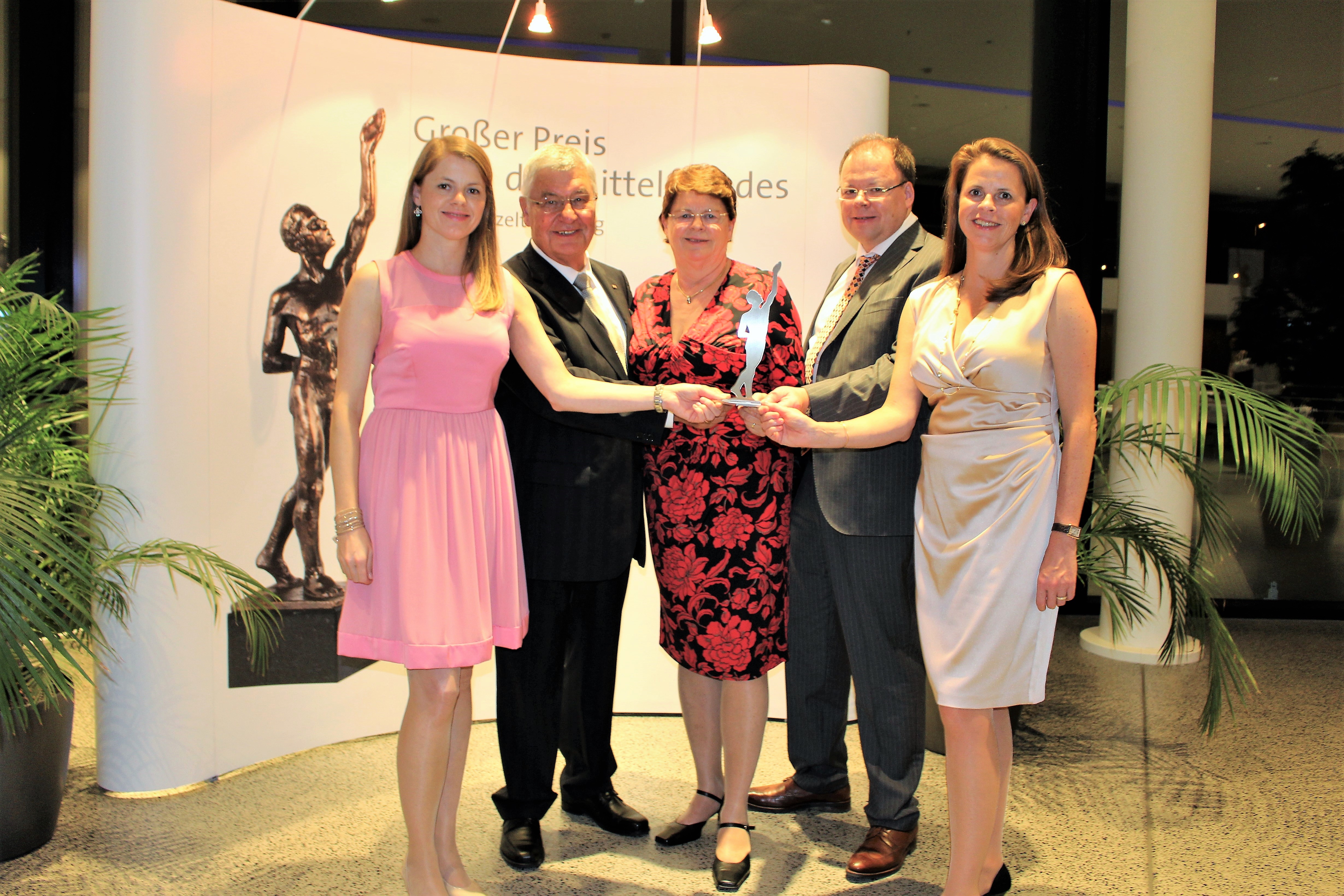 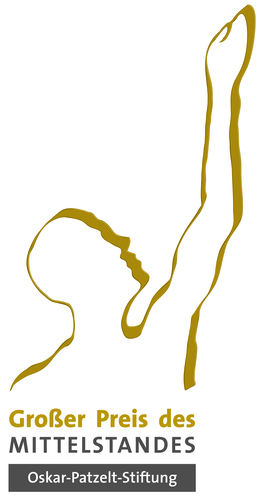 The Oskar Patzelt Foundation crowned Dautphetal-based family company Roth Industries a finalist in the “Großer Preis des Mittelstandes” (the “SME Grand Prix”). The award ceremony was held as part of a gala event in Würzburg on 15 September 2018. The Board of the Oskar Patzelt Foundation, Dr Helfried Schmidt and Petra Tröger, presented the award. “Roth’s range of floor heating and cooling systems, energy storage systems and composite technologies makes it one of the world’s market leaders,” highlighted Petra Tröger at the ceremony. A total of 4,917 SMEs, banks and local authorities across Germany were nominated in this year’s competition. Of these, 742 were shortlisted by the jury, putting them through to the second round of the competition. Manfred Roth accepted the award on behalf of the entrepreneurial family and said: “This is the first time we have taken part in the competition and we are delighted to have made it to the final of the Großer Preis des
Mittelstandes at the first attempt. With over 4,900 nominations, there can only be a few winners. This award is a great tribute to our hard work as a family company and is a fitting recognition of all that we are doing in the building and industrial technology sectors. We’d like to dedicate the prize to our staff, who, after all, are the key to our success.” With various companies and around 1,300 employees, Roth Industries operates in the international energy systems, sanitary systems, environmental systems, plastics technology, hydraulics and composite technologies segments.

As the originator of the Großer Preis des Mittelstandes, the Oskar Patzelt Foundation called for nominations for outstanding SMEs for the 24th incarnation of the competition. You cannot apply to participate in the competition yourself. Roth was nominated for the prestigious prize by a well-known energy saving technology company. Twelve regional juries and a final jury select the prizewinners. Made up of representatives from business and education, the jury focused both on the companies as a whole and on their complex role in society. As part of its assessment, the jury was looking for topics like creating and securing jobs and training placements, evidence of innovation and modernisation, engagement with the local region as well as service and customer focus. No other business competition in Germany has been received with such acclaim or maintained such momentum for more than two decades as that sponsored by the Leipzig-based Oskar Patzelt Foundation since 1994. No prize money is awarded. All the companies are interested in is the recognition and affirmation of their achievements. “The Großer Preis des Mittelstandes awarded by the Oskar Patzelt Foundation is Germany’s most coveted business award,” as newspaper Die Welt wrote. The Foundation was accorded the Order of Merit of the Federal Republic of Germany in 2008 and 2016 and the Company Change Award in 2015.